Choosing the right car has never been easy. You want to get the right vehicle to service your requirements while at the same time not costing you a fortune in keeping it on the road in a safe condition.

So which type of car is best for you, petrol, diesel or electric? 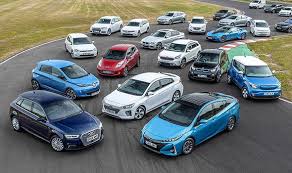 A few years ago we were encouraged to go diesel, that was the future. The diesel car was going to be cheaper to run and fuel prices in the future were going to be significantly better that petrol.

This hasn’t happened and diesel prices continue to be higher for the driver at the fuel pumps than for rival petrol cars. Diesel has become a dirty word in more ways than one and people are now being actively encouraged to ditch the diesel in favour of something cleaner.

Diesel and petrol cars are of course facing the end of the road in 2040, as we look to a long-term future of cleaner cars and less pollution.

The electric car has its issues, not least the lack of charging points across the country which currently make planning a long journey something of a logistical nightmare.

But it is generally reckoned that electric cars are already costing less over the initial four-year period of their lives than their diesel and petrol counterparts.

This low cost has been an incentive to drivers when looking for a new car and has helped to drive sales. Electricity is a cheaper fuel than both petrol or diesel and the engines are simpler, making them easier to maintain.

pensive to run and maintain – posing the problem of essentially having two engines to look after in one car. But, at the moment anyway, it does allow the alternative if you are struggling to make that journey all the way on electric.

For the moment most of us are still debating between petrol and diesel. The lower tax enjoyed by diesel over petrol cars no longer exists, so that potential cash saver can now be discounted.

In terms of maintenance, much depends on the type of car and miles driven. Diesel cars have been generally cheaper to buy than petrol cars but the petrol car driver starts to claw back money with the difference in fuel prices.

The diesel can cost more to maintain in terms of servicing and repairs, although the more miles a petrol car does the more maintenance issues it is going to have.

Choosing the right car is down to the individual. And factors to consider are what you are using the vehicle for, how long you intend being in it and what sort of mileage you will be putting on the clock. In other words, diesels may work better for some while petrol is the logical choice for others.

The bottom line is the diesel car’s days are numbered as the Government and environmentalists do what they can to get them off the road, and the truth is the petrol car is not far behind with that 2040 deadline looming.

There has to be a cleaner alternative and the electric car is surely that. But is it ready to fill the void left by its two rivals? The answer to that has to be not quite yet.

View all 34 Cars for Sale

following my recent visit I found the staff to be very friendly and cannot fault the way I was treated. always good service!! – B W, Bridgnorth

Great customer service friendly and professional team
Already recommended you and will continue to do so – M B, Bridgnorth